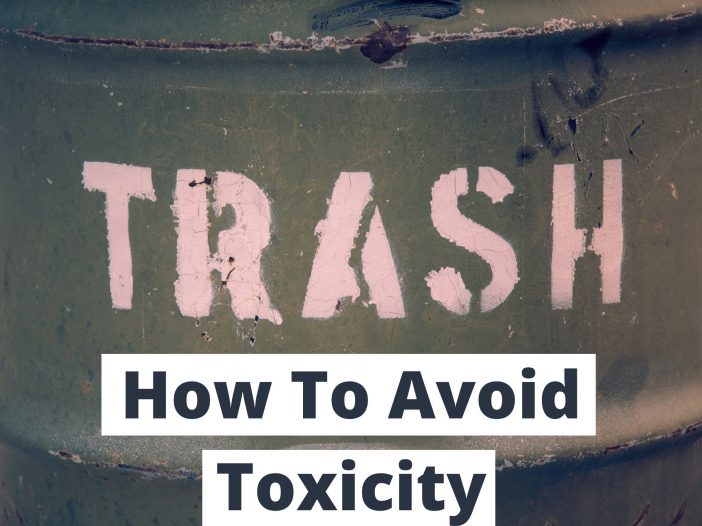 While the word “toxic” gets thrown out a lot lately, there are instances you’ll really want to avoid.

How to avoid toxicity

There are 3 areas that a guy in a relationship needs to avoid in order to not become toxic: 1) Being Jealous, 2) Distrust and 3) Digging up in her past.

While it is important that she doesn’t gives you motives to be jealous, distrustful or be digging up her past, at some point we gotta address guys with fantastic girlfriends who act this way even when they got no motives. Let’s see why you want to avoid these behaviors:

Jealousy is one of the most anti-seductive traits in a male.

When you get jealous you are saying “I think this guy is better than me and can snatch my girlfriend” while at the same time saying “I gotta guard what I have because I got no other options”. Instant beta status earned.

Oh and by the way, if your girl sees you as high status now she sees the other guy as having a bit more status than you, because why else would you be intimidated by him?. Congratulations you just played yourself.

I’ve written a bit more on why men shouldn’t get jealous here.

Well, you become jealous because you don’t want to lose her, which signals her that she isn’t easily replaceable. Unfortunately girls don’t appreciate this, instead they get disgusted because it also means there aren’t other girls ready to take her place.

In their women logic they rationalize this as “well, I don’t want to sit in a spot that nobody else wants, because if nobody else wants it, it must mean it has no value”. Remember that most girls trust the herd thinking blindly.

This means that your best bet is not caring.

Imagine a guy who is super short, fat, ugly AF, broke and his mouth stinks tries to pick up your girl. You wouldn’t get mad at it, right? he’s got NO chance (I hope). You are calm because you know your girl will reject him, there’s no need for you to get involved or riled up. It’s obvious.

That’s exactly what you must be thinking with all the other guys. In her mind, all these other guys are beneath you, UNTIL you decide to rise up one of them to your level and then proceed to claim him as your equal or even your superior.

Don’t do this. Imagine she sees all of these guys as the short, smelly guy and you’ll see no need to intervene.

There are guys who are naive and get played by girls or lied to their faces while they are clueless. But also there are guys who read too much red pill theory that they become paranoid and start reading signals where there are none.

Don’t let this be you. You’ll sound like an incel if you ever mention a term like “hypergamy” outside of the internet.

Yes, there are bad women. But by being paranoid and distrusting you close yourself to meeting the good ones. Remember that the RP creepypastas of the clueless guy who married a BPD woman who destroyed him in the divorce court is surprising because it’s unexpected.

Most girls just want to get the best deal possible (exactly the same as men: we go for the hottest one who is the least crazy) and while hypergamy is cruel to lower-tier men, it’s not objectively bad, actually for higher-tier men it’s awesome since it means all girls will gravitate towards them. Just focus on becoming a higher-tier man.

This way your perception of women will change: before you thought all women cheat when they find a better man, now you think all women are super loyal since most men are losers.

3)Digging up her past

Yes, her past is important.

But you have no reason to get mad about it, if you can’t accept it simply get a new girl and move on.

Digging up her past is incredibly toxic because you’re just making feel bad about something she cannot change. Why are you asking her about her body count if you already know it’s not 0 and no other answer other than 0 will satisfy you?

Moreover you’re revealing you have no other options. If you had, you wouldn’t tolerate a bad past in her and would simply move on. The more you dig, the more of an incel that nobody else wants she’ll think of you.

What to do? accept or move on, no half measures.