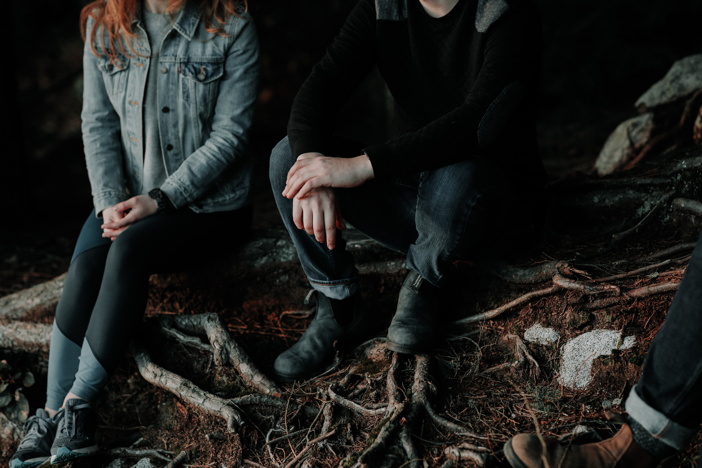 Unless you’re an objectively awful person who doesn’t care about hurting others, breakups suck.

So, how do you handle a breakup?

The first step is stopping yourself from embarrassing yourself. If you truly loved your girlfriend and this came “out of the blue” the situation certainly hurts and you’ll probably get an urge to ask her why and try to change her mind.

You have to control this urge. Realize that the only girls who “dump you” on an impulsive streak are 14 year olds or so (yes, that happened to me in Jr high). Girls who are not teenagers think long and hard about whether to end a relationship or not, so when she says she wants to break up, you know she spent weeks, maybe even months thinking things over and over so there’s no point in trying to change her mind.

It’s probably not worth asking “why” although if she’s open to give you closure I would take it as a last gift or a sign she has manners, nothing more.

Step 2: Accept the relationship is over

The next step is accepting the relationship is over.

It’s normal to think things would have gone differently if you had acted in a different manner, but take solace in the thought that if you hadn’t made that specific mistake you would have made another one in a different day and the relationship would have ended anyway. Relationships that are meant to last a lifetime don’t end over one mistake, because girls who are actually attracted to you give you *AMPLE* space to screw up.

Make up your mind, realize she’s not the only girl for you and move on.

Step 3: Introvert on what you learned from the relationship

Once you’re cool headed again, it’s always a good practice to go over the events of the relationship and eventual breakup to draw lessons learned.

This step may hurt a bit, but it’s important because failure is the best teacher. The most important lessons and insights I share on twitter and this blog are drawn from rejections, break ups, and failures in general.

One of these insights is one of my most visited posts: why knowing her cycle is important. I learned about girls having a preference for alpha behavior during the first two weeks of their cycle and beta behavior during the last two weeks of their cycle after a girl I was dating overreacted to me showing alpha behavior in week 4. That relationship was probably gonna end anyway because it wasn’t a major mistake but in any case, it’s an insight I wouldn’t have gotten otherwise.

Now you’re going to start talking to every single girl that you meet on your daily basis: waiting at the metro stop, on the coffee line, doing your groceries. Every. Single. One. You don’t have to flirt with them at first, but the idea is to meet new options and the more girls you talk to, the better your chances. Don’t chicken out on this step.

This is one thing men can learn from women: after a breakup, you should focus on building your value because that’s the only way you can get a better gf than the one you already had.

Girls are aware of the alpha widow effect, so they need to get a better guy or they’ll stay alpha widows forever. In the same manner, if she broke up with you and you can’t find a better girl, she was right in breaking up with you.

See yourself like a stock that was just sold. If you keep underperforming, the person will think “Getting out of there was a good choice” but if you start to outperform, crippling regret starts to creep in. This does not mean you’re trying to get her back or trying to make her feel bad though, you’re just getting better to find a better girl.

Make more money, get more in shape and become more fun, if you read The Game of Casual Dating section 2 you have the most perfect blue print on how to become high-value, the one I used myself since my early 20’s and I’m now a location-independent, financially-free, fit guy in my late 20’s who is a trilingual (english, spanish, french) and has tons of hobbies.

This is what I have done, not intentionally but it’s a pattern I recognized and it seems useful: after a breakup, while increasing my value and talking to new girls, I try to build a rotation of girls of the same quality as my ex-girlfriend.

If my ex-girlfriend was a 6 then the goal would be to build a rotation of three 6s and simply enjoy it for a while. You’ll inevitably meet a 7 who you’ll most likely want to make your girlfriend.

This is the pattern I recognized in my behavior:

As I said, this pattern wasn’t intentional but it’s a good way of measuring if I’m on the rise or if I started becoming sloppy and need to up my game. This is optional but if you want to use this tool, feel free to measure yourself with it with the intent of leveling up.