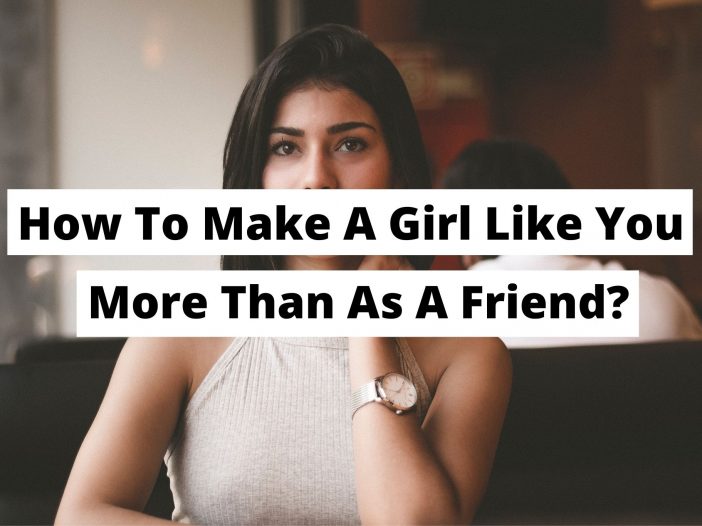 AKA how to get out of the friendzone.

I’ve been there, endlessly pining over a girl who is always nice but never available for a date. Patiently waiting to take a shot, living for accidental touches and short-lived flirting moments while looking at her pictures every day.

If you’re in this situation, which has become increasingly common, let me tell you that there’s a way out, but it’s not gonna be easy.

How To Make A Girl Like You More Than A Friend

The first step is admitting you got a problem, and that problem is called “oneitis“.

This means you are infatuated with one girl and you don’t even consider other options, even if she has a boyfriend or dates other guys. This is not healthy behavior, you need to understand that first.

So the first thing you’re gonna do is start talking to more girls. Doesn’t matter who, or even if you’re not attracted to them, just talk to 1 girl every day about anything, could be a compliment or how busy the coffee shop is, or the weather, doesn’t matter. The point is to show your mind that there are more girls out there.

Even if you somehow manage to make this girl your girlfriend, you need to drop the oneitis, otherwise you’re gonna lose her fast. This doesn’t mean you’ll cheat on her, it only means you don’t “need” her. Remember that girls find neediness repulsive and it’s a major cause of breakups.

Trying to date a girl who put you in the friendzone is a bad idea. It’s objectively better that you focus on other girls, but if you’re 200% stubborn and want the best shot at dating her, we’ll explore your course of action.

As you can see, I’m advising you to improve two parts: looks and social. We won’t focus on money, that’s a separate part of your life that you should have sorted out, if you haven’t, fix that first! you can focus on girls later.

So once you have increased your value and have taken good steps in curing your oneitis, it’s time to be direct with the girl.

The Point Of No Return

You knew from the start that this was coming. In order to get out of the friendzone you’re gonna have to be direct and tell this girl what you want. You’re gonna ask her out on a date, not a “friend date”, but a date, between a man and a woman that could lead to sex, a relationship, etc.

There are two things that can happen when you ask her: either she accepts or she doesn’t. There’s no middle-ground, if you don’t get an explicit “YES” then it’s a no.

Many girls will try to give excuses or make it sound like they want to but “not now”. It’s bullshit. They want to keep you trapped in the friendzone. But for you there’s no going back, either she says yes or she says no.

If she says no, don’t fret. Now she knows that you want her and that you won’t sit around in the friendzone waiting for her to change her mind. You gotta use dread game here, the perception that she may miss out on something great if she doesn’t act.

You’re gonna keep getting hotter, more popular and obviously crushing it money-wise, ideally you make some (international) trips and learn a new language, and of course, you’ll be flirting with new girls every day.

Now, you gotta understand that for some girls you’ll never be good enough, doesn’t matter how much you improve. To that I say they can go f*ck themselves, you now have more than enough options and you’re presenting them the best version of you.

You got out of the friendzone, one way or another.

The book I recommend you this week is “No More Mr. Nice Guy” by Dr. Robert Glover. Guys with advanced knowledge in game may already know most of the advice given there, but if the advice given in this article was helpful to you, I assure you this book has advice you can use to get out of the friendzone for good.