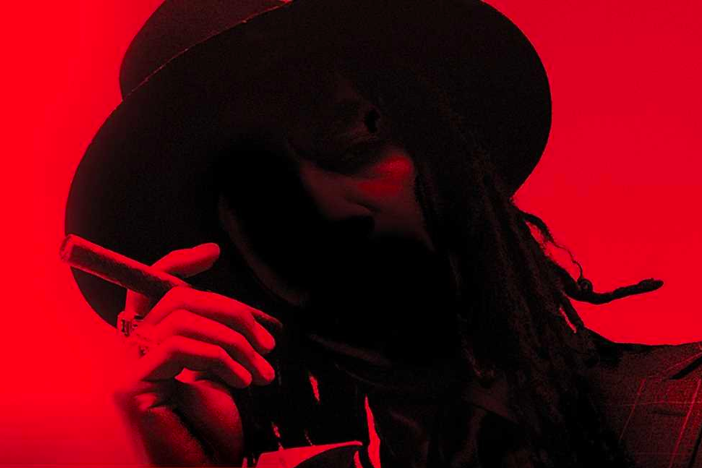 “Pimp: the story of my life” by Iceberg Slim (Robert Beck 1918 – 1992) is book that describes the rise and fall of Robert Beck a.k.a Iceberg Slim as a pimp in the United States. This book is quite dark but incredibly entertaining and well written. Here’s a (link) if you’d like to read it.

Iceberg Slim was a master in understanding human nature. It’s not an exaggeration to say that his livelihood depended on him exploiting his social skills: He was a great seducer of women, he managed to break in as a pimp by befriending the correct people, who introduced him to his mentor Sweet (Albert “Baby” Bell), and even quickly befriended people in prison to help him escape.

In this post I’ll write the lessons I learned while reading his book.

Sometimes a mentor is the only real friend you have

Back when Beck was 18 and just starting out, his first priority was to find a mentor, someone who could teach him how to be a pimp. Of course, Beck didn’t sat around doing nothing in the mean time, he started figuring things out on his own, to the point he already had one whore working for him by the time he met his mentor “Sweet” who would later give Beck the nickname “Iceberg Slim”.

Beck describes other pimps as treacherous, just waiting for a chance to steal other pimps’ whores, and whores as always watching out for even the slightest hint of weakness in their pimp. The only person he could be open and honest with was with Sweet, on the one hand because he “understood” Beck’s concerns and struggles since he had already lived through the same situation and on the other hand because Sweet had no incentive to cross Beck, who was just a dumb kid eager to learn who actually applied the advice he was given and was grateful with Sweet for sharing his wisdom.

The mentor-apprentice relationship is one of mutual appreciation where there’s no reason to cross each other: why would the apprentice cross a person who was kind enough to help him succeed? no reason. On the other hand, most people who have success in independent/risky endeavors feel quite lonely, since by definition they don’t relate well to others who took the safe path, so someone who wants to attempt the same journey they took years ago, is someone who could become a great friend, someone to talk to who actually understands.

Around girls, drop that stupid grin

One of the mistakes Beck kept doing (and Sweet kept scolding him for) was that he was smiling from ear to ear all the time. Nothing wrong with being happy and content with your current situation in life, but when there’s a power dynamic in play, smiling comes across as weakness since it denotes a desire to compromise in favor of peace, which most people assume it’s what the person who knows he would lose would do.

This assumption is rushed and dumb, I’m 100% with you, but let’s not forget that at the end of the day we as a species are animals. Yes, we created language, math, the arts, built space rockets… we’re still animals, social ones, subject to instincts and the dynamics of the social ladder.

So at least around girls, who are more prone to follow “what feels right” drop that stupid grin. No need to look serious, just in control. Remember: a smirk denotes confidence, calmness and enjoyment, while a grin denotes a lack of control over one’s emotions, positive or negative (both boys in first dates and serial killers grin, for different reasons of course).

One thing that really impressed me from Iceberg Slim was his almost delusional self-confidence in that he was gonna be a winner in life.

There was a part in the book where he seduced a girl by telling her he was impressed by how lucky she was for crossing paths with him, but also how smart of her to see a winning lottery ticket and taking it. He then said something along the lines of: “Now that you’re my woman, you don’t have to fear anything, worry about anything, there is not one problem I can’t solve and there is not one question I can’t answer. My wits will make us millionaires.”

This is what every girl wants in a man: someone who has the game of life figured out (or at least knows more about it than her), because deep down most girls are terrified of the unknown/life’s dangers and having an expert guide who will protect them from anything feels comforting.

You really don’t want to become a square

This is a term I didn’t knew about before reading the book. A “Square” is a person who is “boring” because he took the safe path. Iceberg Slim usually uses the term to refer to people who work an office 9-5, get married and have a family. By the end of the book when he retires from pimping, gets a job in sales and builds a family, he refers to this behavior as “squaring up”.

That usage of the term is of course subjective, since getting married and building a family is not objectively boring, so in this post I’ll take the abstract definition: “A person who is boring because he took the safe path”. This usually leads to regret down the line “if only I had been brave enough…”

This made me remember the story of the fat old man in the red convertible from Tim Ferriss’ book “The 4-Hour work week“. It talks about a guy in his midlife crisis who just bought a red BMW. The cringe part is that he got nothing else going on in his life: he hates his job and has no savings or a way out (most probably he’s in debt), his family hates him, his wife has not let him touch her in years, he has a bad health and he’s bored to death. Buying a red BMW was a cry for help from a life of quiet desperation.

You don’t want that in your future, don’t become a square as you grow up, be brave and conquer life so you can truly enjoy it, not just survive in it.

Some games seem harmless to young men, but they’re lethal

At the end of the book, Iceberg Slim talks about his regrets in life and how he wishes he had taken a different path. As an older man he can’t pimp anymore since he describes pimping as a young man’s game, being considered as elderly in that profession at 40.

I think this can be considered as part of the turkey problem, described by Nassim Taleb in his books:

A turkey is fed daily by a “friendly” human hand. This behavior keeps occurring daily. Since there is no evidence of ill intentions or bad consequences, everyday the turkey grows more confident that this behavior will keep occurring. That is, until thanksgiving comes around. The turkey doesn’t know better.

Think about a big company executive in his 40s-50s (black suit, red tie, bald head, ED, the whole package) who relies only on his 9-5 salary and is one call away from being fired and losing it all.

Same case for guys who married a post-wall girl their own age (or older!) who thinks she deserves better but time is running out so she settled for a safe guy. Worst comes to worst, she can divorce him at any time and take 50% of everything he owns. In this scenario, the guy never took the time to understand how women actually think and never made the effort to improve himself and find a girl who actually loves him. He’s in bliss due to ignorance, he doesn’t know better.

You don’t want to end up in any of these situations, so don’t naively rush to take decisions that have life-changing consequences.