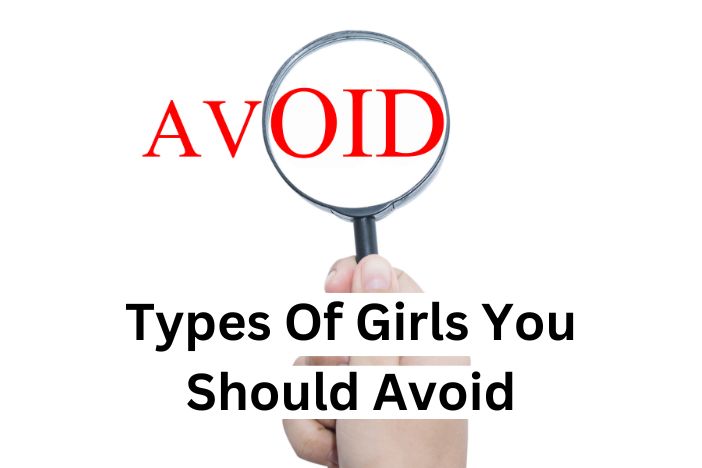 I’ve been teaching you how to approach girls anytime, anywhere for a while now, but what about girls you should avoid?

There are some girls you definitely don’t want to stick around and in this post we’ll look into who are they and why you should avoid them.

Types Of Girls You Should Avoid

Most women feel at least some curiosity about feminism during the first half of their 20s. This is not what I’m referring to, since by the time they enter the second half of their 20s the smart ones have outgrown it.

I’m talking about girls who keep posting on social media stories of girls who were murdered, raped or suffered some kind of injustice. While these stories are awful, what’s the point of spreading doom and gloom 24/7?

These girls are the female version of incels who are always posting how some guy got divorce raped: Deep resentment towards the opposite sex rooted in fear of suffering the worst case scenario.

You can’t build a life with someone like that, they’ll always be paranoid about your intentions and that becomes tiring pretty quickly.

You can identify these girls because they have sued every employer they’ve had in the past. Apparently all of them were abusive, unfair and preyed on her.

Their ex-boyfriends were a piece too: narcissistic, manipulative assholes who shouldn’t be allowed to be in a relationship ever again. Bonus points if she ever called the cops on one of them.

Oh and let’s not forget about those disgusting coworkers and men at the gym who keep staring when she wears micro shorts. They’ve all been promptly me too’d.

There will always be something because they *enjoy* being a victim, that’s simply who they are. If they sued their past employers what makes you think she won’t sue you for looking at her wrong?

I thought this was an isolated case but have seen it enough times now to think it’s actually a thing.

There’s this type of girl who is usually attractive, thin, smart, competent, feminine… who puts together a social circle where she positions herself as the queen bee.

Their fatal flaw is that they always try to date a guy from the social circle, but since they’re crazy, they end breaking up. After this the girl usually isolates herself and goes on to build a new social circle where she can repeat this dynamic.

Other Girls You Should Avoid

Lawyers: Dude, they argue for a living, leave them alone. Plus with these ones you might actually get divorce raped.

Languages Girls: Girls who are into learning tons of new languages are hoes. I remember one who moved to another continent and organized a party with her close circle of friends and ended up sucking every guy who attended (5+).

Gender fluid: the only person who can truly satisfy this person is someone similar.

eThots: they expect to get paid for every interaction they have with a man, nothing good can come out of that. Plus anyone can see them naked for like $2.50

My third book, “Guide to Date Latinas” will teach you how to meet, date and sleep with latinas, their psychology and specific quirks. It has all the insights you need to find latinas in your country, safely visit Latin America and relocating for the long-term if you choose to do so. You can get it Here.