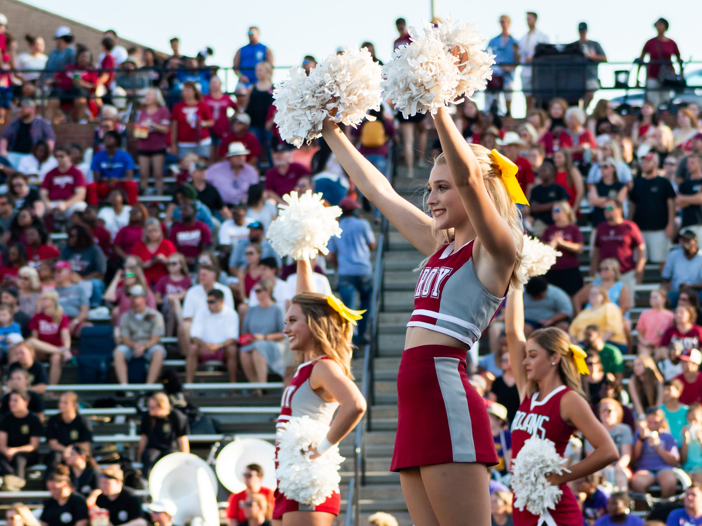 If you keep working on yourself, you’ll inevitably run into this scenario sooner or later: a girl who rejected you in the past starts reconsidering it and starts flirting with you.

This is incredibly common in your late 20s and (I’ve been told) after 30 *if* you spend your 20s getting in good shape, building your career/business and polishing your game, don’t expect it to happen just by sitting around waiting to get old.

Why does this happen?

In short, it happens because your value is now higher than the girl’s value.

Let us remember that girls only date up in regards to the overall combination of looks, money and status and that each component has a different weight depending on what she prioritizes most at this point in her life.

So you either lost some weight, built big muscles, made tons of money, got promoted, have been having lots of fun and good results with women or a combination of everything, whatever happened the point is that she finds you more valuable than her now.

In this post we’ll look into two perspectives you can take when presented with this situation.

Philosophy 1: If she didn’t wanted me when I had nothing, she doesn’t deserve me when I have everything.

This is the most common take among men.

We feel the same way when a girl who rejected us/friendzoned us in the past comes back and starts flirting with us since we don’t want to reward girls who didn’t believed in us.

Philosophy 2: She didn’t wanted me in the past because I was low value. Now that I’m high-value, she’s attracted to me because that’s how girls work.

This is a take I’ve been thinking on for a while now.

It’s quite cold and definitely ego-shattering, but sometimes we’re just not good enough for something. Let’s look at an example. You try to get into Harvard and don’t get the required score so you get rejected. You put in a lot of effort into improving your capacity so when you try again you pass with flying colors. Would you be resentful at Harvard for rejecting you the first time?

Of course not, YOU were the problem. It’s the same case with girls, you can’t blame them for not being attracted to a skinny/fat, broke, socially awkward student who will graduate with a 6-figure debt.

Think about the reverse scenario: A fat girl confesses her love to you but you are not attracted to her in the least, so you (politely) decline the offer. Years later you see her again and she didn’t just lost all the extra weight, she is exactly the type of girl you’re attracted to: hot, beautiful, graceful and feminine, always with a smile on. Would you go for it? Do you think it’s fair for her to be resentful that you rejected her in the past?

This is exactly what happens when a girl starts reconsidering things with you, she doesn’t know if you’ll improve in the future, she doesn’t even know if you’re aware of why she doesn’t find you attractive or if you even have a desire to become better, just as much as you don’t know these things about the fat girl.

Overall I think philosophy 1 is more idealistic and philosophy 2 is more pragmatic.

This leaves us with several things to think about:

So, the decision tree I though of looks a bit like this:

There are three types of girls: 1) Those who cheer from the grades and bet everything on you, 2) those who wait at the finish line and fuck the winners and 3) those who compete in the race with you.

Girls #3 are career women so we’ll omit them.

If you’ve got a Girl #1, appreciate her, love her and be loyal to her even when you get surrounded by Girls #2 after winning first place.

If you’ve got no Girls #1, you’ll get Girls #2 if you win, so if you’re in this situation simply pick the one you like the most and don’t be resentful, this is how the world works for the majority of people. Guys who have Girls #1 are exceptions.

New readers: My first book, “The Game of Casual Dating” is a guide that will teach you how to go from getting 0 girls to meeting, dating and sleeping with girls you find attractive by building a solid foundation of social skills. No rehearsed lines, no deceiving, no sketchy tricks. Just pure skill and female psychology knowledge. You can buy it Here. My second book, “The Art of Building Highly Addictive Relationships” is a guide that will teach you which girls are worth keeping around and how to build relationships with them in which they can’t get enough of you. You can buy it Here.