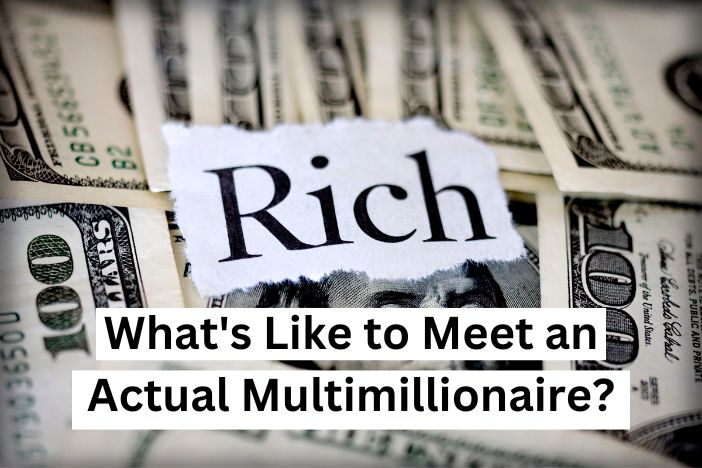 Back when I was living in the US, (almost) fresh out of college, I attended a conference from my industry solo and minded my business, saw the presentations, took notes, etc.

Once the main event was over, I went to the event party and approached the bar area but since I was not an experimented drinker (I still don’t consider myself one), I was pondering which drink to order.

A guy that was nearby saw me and I guess he found it amusing because he approached me and asked what I was gonna order. I told him I hadn’t chosen yet because I didn’t knew any of the drinks served there and he just said he recommended X drink, that that was the one he was gonna order and if I would like to try it. I said yes and he ordered both.

Let’s call this guy “G”. He looked in his early 30s, latino, and turns out he went to the same school I went to. He told me he approached me because I looked latino and most people in the conference were from the US, but now that he knew we went to the same school, he was intrigued about what I had been doing since I graduated.

I told him I got a job as a Software Engineer in a US company and then asked about him. Turns out he founded a startup that was quite popular in Mexico and attended the conference to get exposed to new ideas that may become useful in his company’s innovations.

After a while, one of his trusted employees joined us and G left but came back a while later with another two guys he had just met, all latinos but from different countries. That’s the first thing I noticed: G was a natural alpha (in the social circle game definition), he quickly gathered a group and positioned himself at the top since he was “the connector”.

We had a fun time as a group in the event party, but once it ended we went out looking for a bar or some other place where we could keep it going. What I provided to the group was that I was the only one who lived in the city, everyone else was visiting so I was the designated guide and took them to a bar that had salsa music.

I don’t know why but that day there were only black girls in that bar, and they looked like they were down for some fun. Now, my industry is tech, so pickup skills are not that common. We started teasing each other to ask girls out to dance and G looked at all of us and just said “let me try”.

This is the second thing I noticed about him: he didn’t wasted a lot of time discussing (hesitating really), he just went for it. One of the girls danced with him for 2 songs and then came back with us. This could be the third thing I noticed: he didn’t got attached to the girl, they just danced, had fun and then parted ways, no phone number exchanges, no turning anybody down, just enjoyed the moment and said goodbye when the time came.

G and I understood each other well because we had similar ideas regarding where the tech was going (we both were pretty much all in, career-wise), how to treat bar/restaurant staff and in girl taste.

On one opportunity I asked him for advice for an aspiring entrepreneur and I’m sad to say that I’m just starting to understand how valuable everything he told me actually was:

My objection was that the US doesn’t permit two sources of income for latinos on a work visa. His reply? everyone takes a lot of time to see his first dollar online. Start now and figure that out later.

My second question was how to know which idea to pursue and he told me “start whatever. The market is gonna tell you where to go anyway”. This was an incredible piece of advice that I’m now starting to understand better.

I launched a few random SaaS projects and when I found “The Art of Twitter” I created Daygame Charisma. By trying to mimic LifeMathMoney, I started this blog too and got in the habit of writing regularly, which led to me releasing several eBooks.

After a while, I saw guys on twitter making bank flipping niche sites (blogs) and since I had been growing the blog for a while now, I thought it was the perfect way to leverage the skills I had been honing.

So now I understand twitter, email marketing and SEO because at some point I started a hobby account about dating, and with the knowledge I learned from “The Art of Twitter” I was able to make not only $1, but my first $50 dollars online in as little as two weeks after starting my account.

I don’t maintain regular contact with G, he’s a very reserved person but if I ran into him or sent a message I’m sure it would be well received. The stereotype of the loud, rude, hyperactive rich guy surrounded by luxury cars and hot girls is completely false (I’m sure you know those can be rented for an IG pic).

G and the few rich guys I’ve met since have been discreet, with very good manners and treat everyone kindly irl. The one thing that may offend some is that they usually get to the point fast and this behavior can be perceived as rude if you’re not used to it, but it’s not meant with that intention, rather it’s a way to cut through the noise and solve shit quickly.

In any case, the one thing you can count on is that you can “feel” when someone is the real deal. You just know that they are done paying their dues and if they died today they wouldn’t leave with a lot of regrets.

My first book, “The Game of Casual Dating” is a guide that will teach you how to go from getting 0 girls to meeting, dating and sleeping with girls you find attractive by building a solid foundation of social skills. No rehearsed lines, no deceiving, no sketchy tricks. With this book you’re getting the blueprint to create genuine attraction. You can buy it Here.

My third book, “Guide to Date Latinas” will teach you how to meet, date and sleep with latinas, their psychology and specific quirks. It has all the insights you need to find latinas in your country, safely visit Latin America and relocating for the long-term if you choose to do so. You can get it Here.

If you’re ready to make a real change in your dating life, book a one-hour call with me Here. Some topics I can help you with: Issues with a girl (Casual dating, Girlfriend), Becoming a High Value Man (Habits, Plan), Game Basics, Cold Approach, Online Dating, First Dates, Physical Escalation.