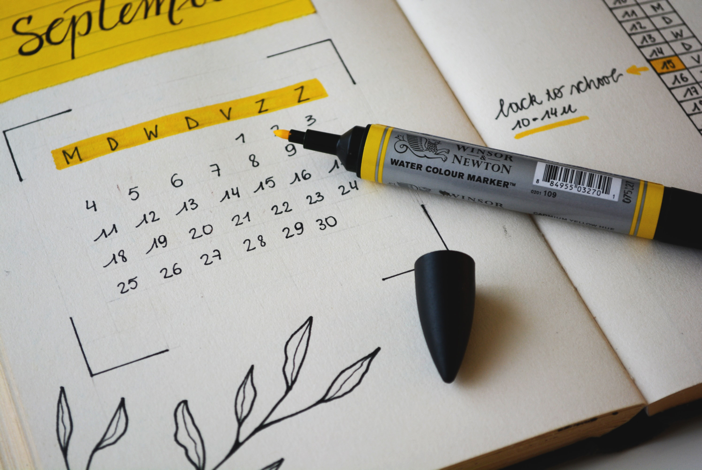 After blowing up my chances earlier this year with what I consider the best girl I’ve ever dated, one thing became clear: attracting girls and keeping girls are two different games that require different skillsets.

One of the insights that this short relationship gave me is how beneficial it is to know her cycle: since it lets you anticipate her mood, you can calibrate your vibe, actions and words accordingly. Knowing her cycle is like having a cheatsheet.

As a general rule of thumb, you want to focus on being a cocky, untamable alpha during the first two weeks of her cycle and on spiking her positive emotions during the last two weeks.

During the first two weeks (after the 5 days of bleeding), girls’ bodies are focused on mating, so acting like a wishy washy hopeless romantic is not gonna cut it. She wants a confident, physically strong, leader that tells her what to do while rocking a smirk in his face. Treat her a bit colder, or just focus on doing your own thing during this time and she will chase you more than usual.

This is the time to leave an impression that can last for a long (looong) time. Let’s call the girl I was dating “Little A”. I was fortunate enough that my second date with her was on week 2, I took her to dinner and for a walk in the park in downtown, I made my moves and we had our first kiss. As we were walking back to the car, grabbing hands, we took a shortcut through an alley and behind us, a homeless guy appeared out of nowhere, she shook out of fear so instinctively I moved Little A from my left side into my right and under my arm. Fortunately, that guy just kept walking and ignored us. I didn’t stopped glaring at him until he was gone.

The whole thing happened very fast, but after that, Little A was glued to my arm: the Alpha impression had been made. She saw me as a man capable of protecting her in a moment where she felt complete terror (I’m ~30 cm taller than her, so that helped too), and since all her perceptions were influenced by her being in week 2, that became an image hard to forget.

Week 3 is when girls are normal and week 4 is when most girls become extra sensitive, which can come up as her asking you to define the relationship, getting offended by sex proposals (you only want my body, not me), crying over sarcastic answers or just plain anger. I usually tone down the teasing and act a bit nicer. If there’s a moment for romantic gestures, it’s in week 4. If you want her to stick for the long-term, seize this window of opportunity to strengthen the bond between you two. Note: don’t be romantic before she sees you as an alpha. You want her to see you as an alpha she has to tame down, not a beta she has to improve.

A Word of Caution

My relationship with little A came to an end because I didn’t pay attention to the cycle. It’s not that I didn’t knew how it worked, but rather I didn’t knew how important it is in molding how a girl takes things. Little A was getting impatient because I hadn’t officially asked her to be my girlfriend, and during an important date she planned (during week 4) my mistake was suggesting we went to a motel to end the date on a perfect note. She got very offended because she felt that was the only thing I wanted her for and that the whole date she planned was for nothing. It was my fault, I know, I was only thinking of me and I failed to realize why she was doing all of this. But what really blew things out of proportion was that she was in week 4, and I treated her as if she was in week 2, so every negative emotion she felt was magnified.

Don’t let this be you, be mentally prepared to calibrate your game to the changing moods of girls depending on the week they’re in.

Day 1 is the first day she starts bleeding and most girls’ cycle lasts 28 days, although it can be shorter (24 is still considered normal) or longer.

If you don’t know her cycle, default to cocky alpha behavior until you know and can better strategize.

One way to know when her cycle starts, is going out with her once every week for a month and trying to escalate things every time. In one of the dates she’ll warn you that she’s on her period, after that you can just ask.

Keep in mind that a girl’s fertility window is usually the second week of her cycle, so don’t actually have sex on day ~14 if you don’t want to become a father. Also remember that sperm can live up to 5 days inside a girl’s uterus, so days 9 – 14 are the riskiest ones. Since you can’t know the exact day when a girl ovulates, it’s better to take a range, ex: only have sex on weeks 3 and 4, tease her on weeks 1 and 2.

To keep track of the days I use the app Flo. It’s a very good app, but the issue I have is that the app is targeted to girls tracking their own period, not some guy tracking several girls’ periods.