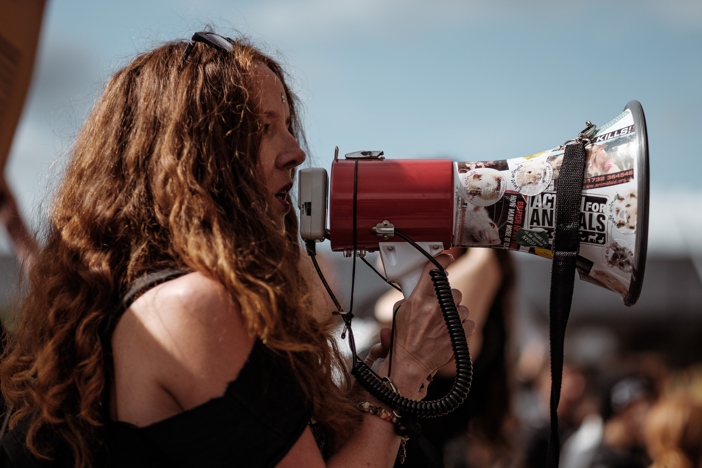 “I hAte mEN” is the war cry of a big chunk of modern women.

Unless you’ve been living under a rock, you’ve probably noticed the growing discomfort and complaints from women around the world. Feminism keeps adding people to their ranks promising payback for injustices, equality and everlasting happiness.

The problem? I’ve never met a feminist who is genuinely happy. Not a single one.

Let’s explore why this may be the case.

Most girls who claim that they hate men feel like men “have it easy” and are unfairly favored in pretty much everything. They complain that men lose weight easier, earn more money, are favored in job interviews, aren’t slut shamed and don’t experience PMS or child birth.

What a limited sense of self-awareness these girls have.

All of these complaints have the same origin: neglecting their feminine role in life.

Yes, because women are designed to get pregnant. Their body is designed to accumulate fat so that the baby can develop in a good manner. Men are designed to survive, protect and provide, in those scenarios you don’t need a lot of fat, you need muscles and strength so that’s what we get. Women don’t *need* to protect or provide, that’s what men are for.

This one is hilarious. Earning money is the modern day equivalent of hunting or gathering, so whoever is most skilled gets the most food/money. Hard to argue that if you hunt a mammoth you’ll get different amounts of meat depending of what’s between your legs. It’s all about the opportunity you’re able to seize, obviously an engineer will earn more than a modern feminist dance theory graduate simply because there are more opportunities and problems to fix as an engineer.

Additionally, come on. Recently a girl opened a twitter account and said she wanted to start trading crypto and some simp sent her 2 BTC. Consider that getting 1 BTC is many traders’ endgame. Making a living on OnlyFans for posting pictures of their butthole? oh sure, making money as a girl is soOooOo hard.

Men are favored in job interviews!

Well yeah, feminists took care of this one. Why would you hire a girl who can #metoo your company at any moment because you looked at her wrong when you can just hire someone who can’t #metoo because he’s a man? Pretty dumb move by feminists if you ask me.

Yep, because we protect and provide for that child and for the mother of that child. Women experience one moment of pain and gain a lifetime of not having to work ever again because their husband will take care of them. But their vision is so narrow that they can’t even see that, they feel entitled to provision.

As you can see, pretty much all of these women’s complaints have their origin in neglecting their feminine role in life, so it’s no wonder that they feel miserable: they’re going against mother nature herself and that’s pretty dumb, it’s like wanting 2+2 to not be equal to 4 and spending your days trying different angles when the answer is right in front of you.