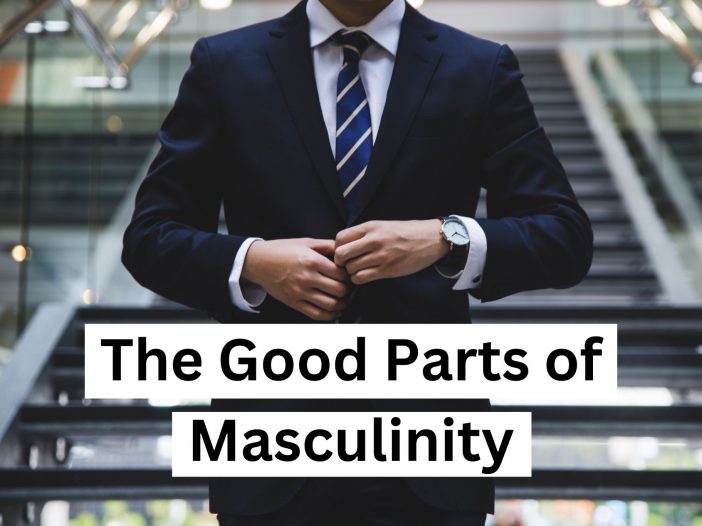 Guys who were raised by single mothers know all too well the bad parts of masculinity. It’s a shame that they usually don’t get to see the good parts of it.

Yes, guys who beat up their wife exist. Guys who abandon their children exist. Guys who get themselves fired from their 9-5 to pay $0 alimony/child support exist. But they don’t represent the totality of men.

In the same way, women that trick men into getting them pregnant exist, women who marry for money and then divorce asap to get 50% of his assets exist, and women who make fake me too scandals to ruin a man’s life exist but don’t represent the totality of women.

In this post we’ll look into the parts of masculinity that make men great:

The Good Parts of Masculinity

A good trait in men is the capability for leadership. Far too many modern men get into an unhealthy dynamic with their girlfriends/wives where more than a romantic partner she resembles his mother: always telling him what to do, staying on top of things and having the final responsibility.

This is wrong, and women know it. It’s the #1 complaint among women in LTRs: that their man is basically a child just going with the flow, mommy knows what needs to be done.

Women want a man who takes care of things. They want to be able to shut down their brains knowing you’ve got things handled. One example of this would be when going to the airport. One person got the tickets, did the check-in and knows the flight schedule. Is that person you? or your girl? whoever did those things is the lead and the other one is the child. Always be the lead.

If you’ve ever been bullied you probably have an aversion for athletic types.

Yes, as teenagers many guys who are naturally athletic are prone to bully those who aren’t, but you gotta understand that these guys don’t represent athleticism/getting fit in general.

These guys use physical strength to harm others, and they won’t stop until someone with a brain kicks their ass. They don’t need understanding, they don’t need being listened to, and they certainly don’t need a safe space where they can share their feelings. They need to get their ass kicked so they understand that their actions have consequences.

By being the strongest guy in the room you can impose your rules, and since you do have a brain your rules are about peace. You can rest easy knowing that you are in the right since you’re taking away the chance for a brain dead bully who would want to impose rules of cruelty and harm.

Men have been in charge of getting food since we were cavemen. Naturally this process has evolved with the times so most of us don’t hunt but rather earn money with which we can buy all types of food, no need to hunt/gather every one that we want.

In any case the principle is the same: we exchange our “labor” for food/currency. With this we can take care of our families. A very positive trait in a man is the ability to cover all costs for his family so that his wife can stay full time with their kids (kids deserve a full-time mom).

Additional to that, having lots of money is how you can help a family member who fell in the hospital, it’s also how you can get extra help (employees, freelancers) or information (books, mentors).

Focusing on earning a lot of money in your youth is not selfish, it’s how you become valuable for everyone around you after you make it.