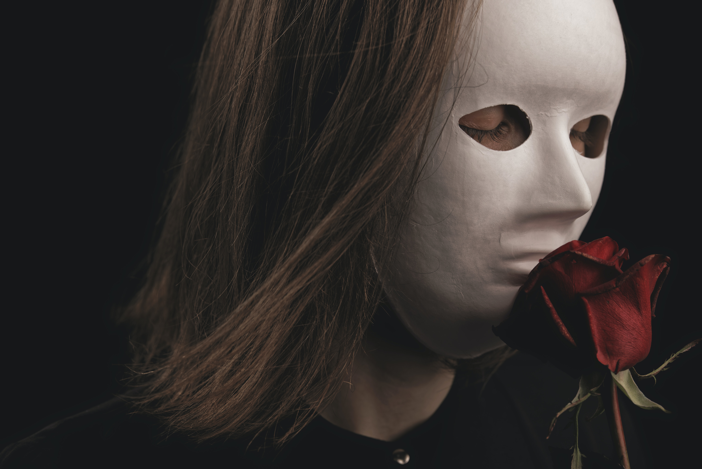 Picture this: your best friend from college just arrived in town and asked you if you want to meet up for drinks. You say hell yes while wrapping up the last assignment of the day before heading off into the weekend.

While texting with your girl, you casually mention your excitement over meeting up your friend tonight for drinks. “Are there gonna be girls there?” she asks. You answer “Of course not babe, we’ll just have a couple of beers and catch up”, “I’ll send you a pic when we’re there” you say as the considerate boyfriend you are, don’t want your girl to go through unnecessary worry. Silence the whole drive home. Back on your apartment, still 0 messages from her. 10 min later she sends the classic “I just find it funny that…” and an hour long couple fight begins. At 7:00 pm she says she’s feeling dizzy, but that you can go and have fun with your friend while she figures out if she’s sick or not. You end up in her house taking care of her with her made up flu.

Well, in short: you got involved.

Remember that girl problems are pretty much first world problems, so a big one is “being bored”. If you look at movies or series aimed at women, it consists mostly of people in the high-class who inherited their money and betray each other for fun or have emotional dilemmas about dating good, rich boy 1 or bad, broke boy 2 and how will “society” react to it. In other words, they believe that drama is the cure for boredom.

Let’s remember this: the root cause of girl drama is boredom.

So by definition, boredom is what we’re battling here.

This usually takes the form of jealousy. I’ve seen guys claim that they put girl hairs around their bed or somewhere where their girl will see them and allegedly, their girlfriends are much more “enthusiastic” that night, in an attempt to not lose their man.

I guess this may work, but the problem I see with it is the intention to play mind games and the extra effort (do you ask a girl if you can take some of her hairs? where do you store them for transportation?). As a man with a good career, a side business, doing a part-time master’s degree and a few hobbies (like writing this blog!) I don’t have the mental space for these games, it just seems childish to me.

Yet, some girls will definitely react more favorably to unhealthy ways than healthy ways. Just remember that these girls are not the kind of girls you want for the long-term, unless you want to keep manufacturing increasingly more toxic drama for the rest of your life.

Healthy way: being a stand up guy with a fun life who expects a sane girlfriend

The healthy way is going about your business as the logic-oriented, high-value man that you are.

If you’re in a business meeting you don’t answer any texts, including hers, out of respect for the other person. During this time, your girl wonders where you are and why you haven’t answered back. Whenever you finish, you answer back, no rush, since she *shouldn’t* have a problem with it. You’re an important man who can’t be glued to his phone all the time. When you do answer back, she feels relief and excitement.

If she does have a problem with it, you would see her like she’s a crazy person. Or at least an immature girl who doesn’t understand the etiquette of the business world. You’re communicating annoyance and disapproval of her behavior. You were expecting her to act in a more mature manner.

This does not make you boring or stuck up. You may not have noticed, but you already made her feel the whole range of emotions: worry, relief, excitement, shame, proud of her man. She can make up all the drama she wants in her head (“oh no, I acted like such a child, she needs a woman by his side, if I don’t up my game he’s gonna leave me for that bitch Christine”) and none of it will involve you, because you didn’t got involved, you just had expectations for how things were gonna play out and showed disappointment when she didn’t measured up.

Another example: you’re in the movies and a hot actress comes up. You comment she looks hot. She says “what?” (you know she heard you, she’s just asking to see if you’re man enough to repeat it, aka a shit test). You repeat she looks hot. She gets angry.

Now, in this scenario you would stay cool and act as if nothing out of the ordinary happened. You would still put your arm around her, grab her hand, etc and if she starts acting up, you would just look at her like she’s a crazy person. What you’re communicating here is “I don’t find my comment insulting to you” and if you truly believe it, she’ll start second guessing herself and eventually will think “wait… am I acting crazy?”

It’s a stand off, between her shit test and your calm vibe. As long as you truly believe you didn’t said something offensive, she’ll second guess herself and will wonder if she’s the one acting crazy, while you’re that unapologetic mf who’s having a great time regardless of all the made up drama going on in her head.