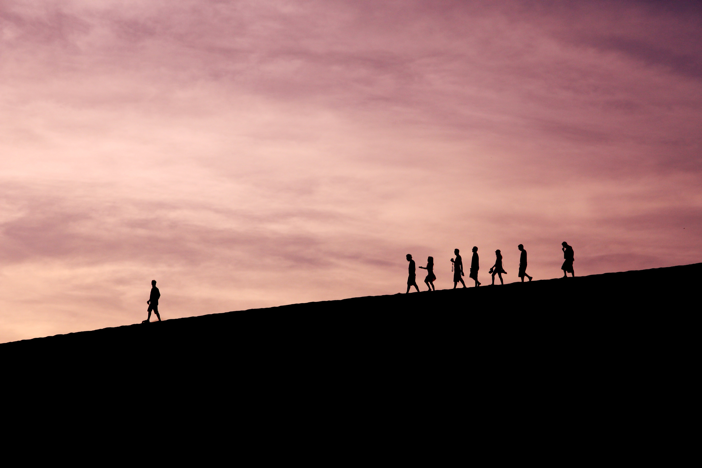 For the majority of my life, I had not been a dominant man.

It’s not that I was shy or anything like that, dominance just didn’t felt right for me. I’m more of the philosophy of “Live and let live” AKA if you mess up, that’s your own damn fault.

But through my 20s (I’m in my late 20’s now) I’ve learned some lessons that have changed my perspective on dominance: it’s not about imposing your views/beliefs on others. It’s about walking the right path and leading others who choose to follow you and trust that by staying by your side they’ll be safe through the journey. It’s a trait of leadership.

Back when I started learning game, there was an amazing youtube channel called “Simple Pickup”. It was different than everything else because it didn’t shamed guys who just wanted to learn, and it gave information that actually made sense, unlike other channels that focused on the more flashy parts like wearing an orange suit to attract eyes or weird things like that. No, simple pickup was about approaching girls on the street, campus or a mall while sober, during the day. No tricks, just you vs approach anxiety.

There was one part that I didn’t understood at the time, the videos talked about inner game, approach anxiety, conversation, physical escalation but then there was one about dominance. It said that girls like dominant men and it didn’t felt good for me, because I equated being dominant with giving orders or imposing my will at all costs, and for me that was like restricting another person’s freedom to choose whatever they thought was best, so I ignored that part and followed the rest of the advice.

Using game + the theory I learned from the red pill, I had success with girls to the point I started dating 7s regularly, but something didn’t felt quite right. Even though I was dating this girls, kissing them and having sex with them, our relationships were kinda androgynous. It was fun, but I couldn’t say that these girls looked up to me nor wanted to please me. If we had continued dating, we would have ended up in a relationship with a feminine frame, and we all know what that means: no sex ever, no going out with my friends, only with hers, maybe even a wall with “Eat, Laugh, Love” and a man cave in my own house… disgusting.

Knowing red pill theory, I knew I had to work on my frame so that we did things I actually wanted to do, but still saw dominance with a negative connotation. I then came across the book “The Laws of Human Nature” -Robert Greene, which in one of its sections talks about our “shadow”, which is all the parts of our self that we don’t let ourselves express in public and sometimes even in private because we feel ashamed of it or because we think it’s not honorable. The thing is that these parts of our “self” will express themselves one way or another, so it’s better if we find positive ways in which we can express them.

I wanted to give it a try so during the next few weeks I made a conscious effort of being more dominant in the bedroom with the girls I was dating at that time. I took baby steps, but they were well received, one of them even told me explicitly “I like your orders”. And it felt good too, both because I felt power and because the polarity in my relationships increased. It also helped that I started implementing everything from @veronikasexlife‘s book “Complete Submission“, which helped me put introvert girl, the shyest girl I have ever dated, in (VERY slutty) lingerie.

After a while, I started being dominant in normal day to day activities, mostly with my girlfriend, introvert girl, who was naturally shy so I ordered coffee for both, or meals for both, or she asked me what should she wear and I told her my preference or told her what I wanted to do and she always said yes. All of these experiences kept building my confidence in that I could lead a girl and that she’ll feel happy about it: she felt relieved she didn’t had to ask the waitress anything, I was there so she didn’t had to worry about it. She didn’t had to come up with a plan, I came up with all our activities together, she just went along with the ride. She didn’t had to worry about anything because I took care of everything. She was happy because she was free to enjoy life knowing nothing bad will happen to her as long as I was there.

Now that my perspective on dominance has shifted, and that I saw that my relationships with girls are more fulfilling for both, I noticed there’s another part of my life where dominance is important.

I started watching the series “Peaky Blinders” and saw how the protagonist, Thomas Shelby, is an introvert too, yet everyone follows his orders and they’re better off for it. He’s very dominant with everyone and that’s not seen as a bad thing, on the contrary, everyone sees him as a pillar everyone else is hanging on to, for protection, money making and general guidance.