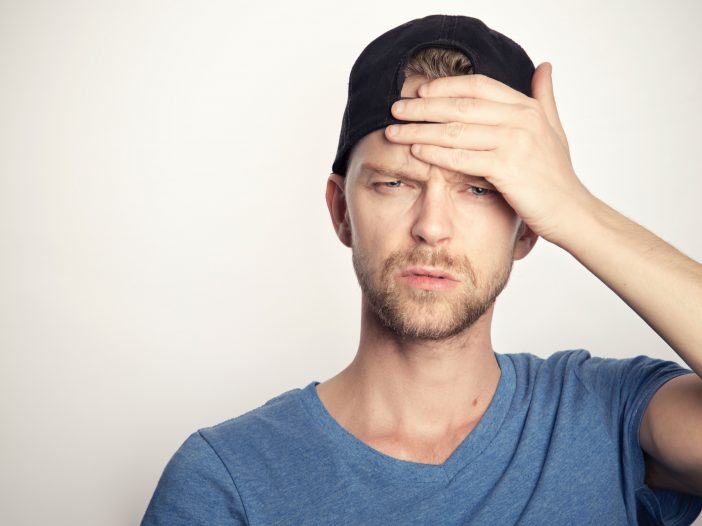 Tl;dr: you inflated her expectations during the initial dating stages and now that you cut back on that she’s resenting the attention withdrawal symptoms.

Girls say things that sound confusing (to guys) because their feelings are their initial point of view. They talk clearly when their feelings are positive, you’ll hear her saying “I’m happy”. But when feelings are negative it gets more complicated because her priority is on not feeling negative anymore.

This confusion is common when the guy gets comfortable in a long-term relationship and doesn’t see a need to be so mysterious, wear pants or come up with half-assed plans when his gf asks him out of nowhere what will they be doing that day. For him, this means he’s starting to trust her, so he doesn’t need to keep his guard up 24/7, but for her this behavior seems unattractive and lazy. This is a negative sentiment on her part.

She doesn’t want to feel repulsion towards him and starts thinking when was the last time the guy didn’t made her feel that. She remembers that that was when they started dating, when he took the risk of asking her out, when everything was new and she felt nervous and excited, when he overpaid for dinners or experiences because he wanted to impress her. She comes to the conclusion that he was putting in more effort back then and so she says “You don’t try hard anymore!”

To a certain extent, she’s correct. Men usually put in more short-term effort during the first stages of dating because they’re trying to sleep with her for the first time. In this stage sex is the prize and so women being the gatekeepers of sex, hold the most power. After this though, the prize becomes the man’s commitment, does he stay around or did he just f*cked her brains out and onto the next one? Men hold more power here because they are the gatekeepers of commitment. There’s no reason to do dumb things like paying an over prized dinner that tastes awful when you can eat something truly tasty for 1/4th the prize.

The thing is that girls interpret those dumb things as “effort”.

Let us remember that 99.99% of girls can’t really think long-term or in abstract terms. If you have $10M USD in your bank account but live in a tiny studio apartment and get everywhere using your bicycle, she’ll consider you piss poor, even if you tell her or even show her (don’t do it, just explaining). If she can’t see it then for her it doesn’t exist. She thinks lambos + a mansion == he’s rich, because she can *see* those things.

In a similar way, they don’t think long-term because their youth is extremely short lived and they gotta make the most out of it. If she can be with the guy who already made it, she’s gonna choose him 100% of the times over the guy she needs to “believe in”. Doesn’t it make sense? why would you take an unnecessary gamble when you can get the sure thing from day one?

So, back to the point: Girls are shallow and centered in the present, which makes them prone to inflated expectations.

Many men stop putting in short-term effort once the relationship is established (and the power dynamic shifts) to focus on long-term effort that will benefit both parties. No reason for a brand new car when you already have one that works and can instead put in those payments ($391 USD/m) and be a millionaire couple in retirement (see here how this works), or save those contributions for a house, children’s studies, etc. You can see men ARE putting effort, but girls are not interpreting it as such.

So, a balance must be reached. Yes, what the man is doing is smarter and objectively better in every way (minimalism > excess expenditure or frugality, no debate) but remember that you are dealing with a girl, she doesn’t care about what will happen in 30 years.

In her mind you are a superhero that can do anything with ease and doesn’t need to worry about how will he solve problems because he’s a badass that can solve anything, but it’s a bit hard to imagine you like that when you’re struggling to reach a donut that fell to the floor while wearing no shirt and just boxers and socks.

The solution is keep doing what you’re doing: building, investing for the future and don’t tell her about this. Also don’t complain about it. Just say everything is fine and keep her on the shadows about your money making efforts. Use some time, money, energy (say, 10-20%) to keep “dating” her as you did before.

You may think you can cut back on the expense (not only money, time too) when you’re in a serious relationship because now there’s trust and it’s the intelligent thing to do, but girls don’t understand this. Instead make up your mind to think “girls are fundamentally incapable of understanding this” and dedicate 10-20% to consumption, just like in your single days. Treat it like a fixed expense or gf tax.

This will keep her as happy as she was during the initial dating stages and you’ll have the remaining 80% for future-building efforts in peace.

Yes, it’s true that you could somehow die tomorrow, so enjoying 10-20% today is a good way of striking a balance between hustling for a better life and enjoying your current life. If you are interested in this philosophy, it’s called Stoicism and I can’t recommend enough “A Guide To The Good Life” -William Irvine.